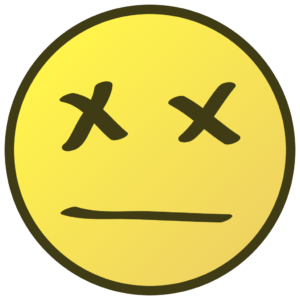 On my first day as a transfer student in sixth grade, the teacher asked me to introduce myself. For a fun fact about me, I shared how I had been idolizing a soap opera actress. The classroom swelled with mocking laughter. I got marginalized on my first day. What seemed cool to me was considered weird by everyone else.

I had always been a bit different. As a kid, I:
…staged soap operas where all the actors were me.
…created my own novels, comic books, and magazines.
…built an imaginary town in our yard, dreamed up its local celebrities and the products they endorsed.
…cut my sister’s hair and did an awful job.
…locked my family out of our house because no one would help me reach a toy stuck under my bed.

In high school, I:
…co-founded a gang with a dead smiley face insignia and later joined a Social Outcasts Society (SOS).
…sang in not one, but two girl-bands.
…played volleyball against a wall and managed to keep the ball in the air after hitting it 200 times; I would’ve kept going if I wasn’t so darn tired.
…cut my hair to emulate Erika from Daimos and did an awful job.
…starved myself to lose weight.

In college, I:
…was the girl in her late teen years who skip-hopped in the hall if that was ever a thing.
…became the Engineering major who graduated with honors mostly due to non-Engineering coursework.
…did more bulimic things.

I had always been a bit different. But I didn’t know it until a nun asked me to write the Prayers of the Faithful for one of the masses in my Catholic elementary school. In the prayer, I incorporated a news event, the details of which I can’t seem to recall. I do remember what the nun said: my prayer was too serious to be used for mass. She gave me this half-perplexed, half-judging look. Without saying the words, she told me that I was a weird kid.

Through the years, I became less and less different. I learned to adapt to societal conventions and exhibit acceptable behavior at any time and place. On the surface, I seemed normal, doing normal grown-up things. Yet on the inside, I was something else entirely—something dark, beautiful, and by most people’s standards “weird.”

Writing is my weirdness set free—in all its darkness, beauty, and glory. Once my novels get published (and they will get published somehow, traditionally or independently), I know they could garner the same ridicule I received on my first day in sixth grade. I know there would be critics who’d deem my work too weird to read, like the nun who passed judgment on my Prayers of the Faithful. But as long as I reach someone—anyone—and make a difference in their lives because maybe they’re weird, too… it will all be worth it.

P.S. and some book sales would be great.

My Writing Journey Mourning in Motion